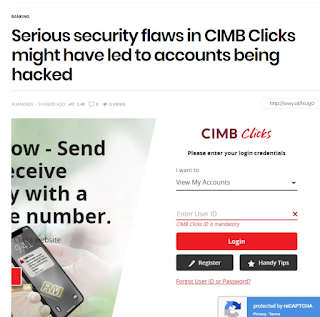 
"Something strange is happening with CIMB Clicks, and judging by their rather abrupt implementation of a reCaptcha code on their login page today, there are reasons to be concerned."
https://www.lowyat.net/2018/175051/cimb-clicks-online-banking-portal-might-have-been-hacked-over-the-weekend/ 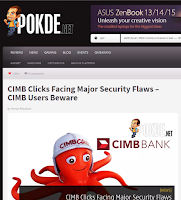 Pokde.net Reports
"To be precise, it appears that some CIMB Clicks users have managed to log in to their account despite using the wrong password. This is of course a very serious matter, especially for online banking, as it would seem like virtually anyone is able to access your accounts." 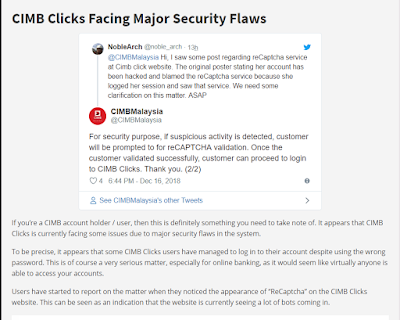 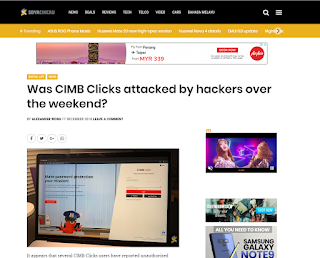 IT is also reported by Soyacincau
"UPDATE: We stumbled upon a tweet by ZDnet security reporter, Catalin Cimpanu, which alleged that a hacker might have obtained a large stash of card numbers. We can’t verify if this is related to the current CIMB Clicks issue.  " 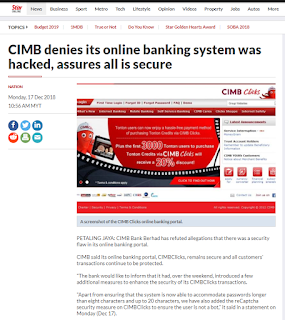 
As news broken overnight from multiple news agency , it is advisable users immediately change the password after a series of report on serious security flaws 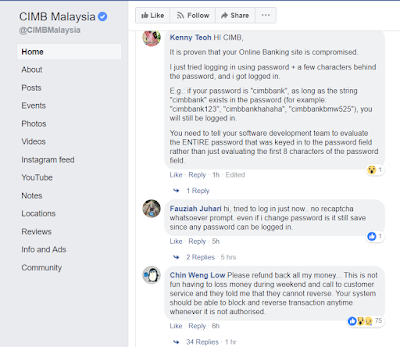 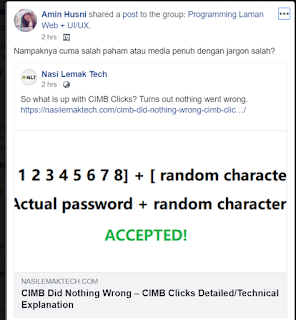 We are adding a Guide from CIMB to help you understand.. 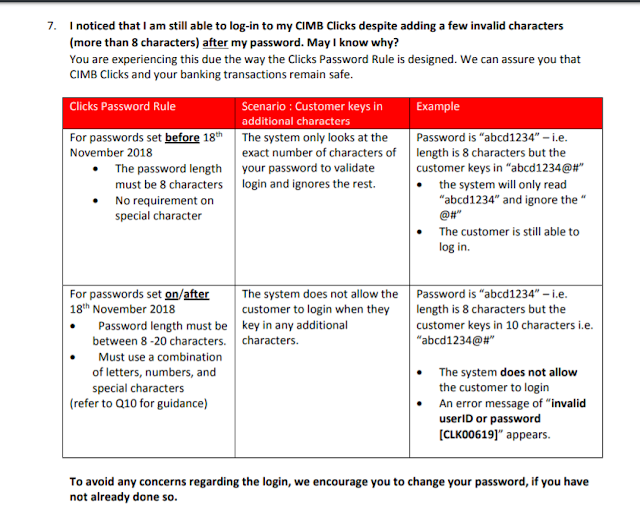